Over the past 20 years, Stachiw Bashir Green’s lawyers have developed a niche expertise in providing advice and representation in relation to all the legal issues which can arise between landlords and tenants. We have huge experience of advising from both sides, which gives us a great advantage in advising you whether – you are a landlord or a tenant.

Legal Aid is still available for many Housing Law cases. Contact us to find out if you are eligible.

A number of our cases have been high profile and are in the law reports. Some examples are shown below.

If you are having difficulties with your Landlord or keeping up with your mortgage payments, it is best if you get advice at an early stage, because early advice reduces the risk of you losing your home. You may be eligible for free advice and representation. Getting specialist advice early can save £000’s in cost as well as saving time and anxiety.

If you have received a Notice, find out if it can be challenged.

If matters have got as far as Court proceedings, we can still help – we have a great track record and we will do our best to help you keep a roof over your head. You may be able to get Legal Aid. 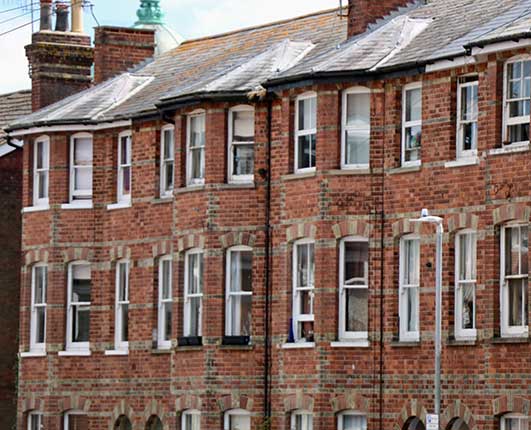 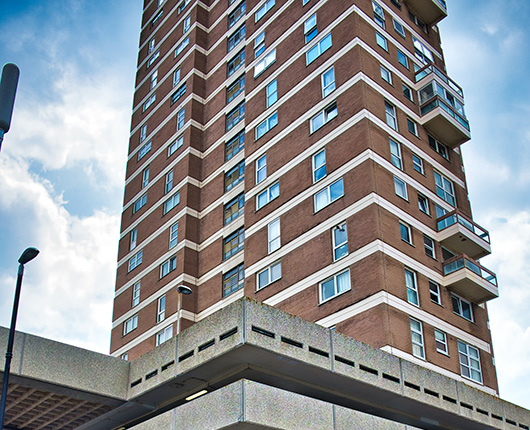 Most tenants are responsible and want to resolve problems – we can help with that. But we also know that sometimes there are difficult tenants, or circumstances mean you have to have your property back. In these situations, you need expert advice, because taking matters into your own hands, without being sure about what is and isn’t allowed, can be a huge risk. The law gives rights to tenants, and breaching those rights can turn out to be very expensive – in damages and Court costs. And you could end up breaking the law.

Let us give you early advice on the best way to achieve your goals. But if matters have progressed already and you are in Court, it’s not too late. We can help you navigate the minefield of Housing Law and Court procedure.

The types of issues on which we can advise are:

Remember – there are financial and other risks of not getting these things right, so if you have any questions, don’t hesitate to call us today. 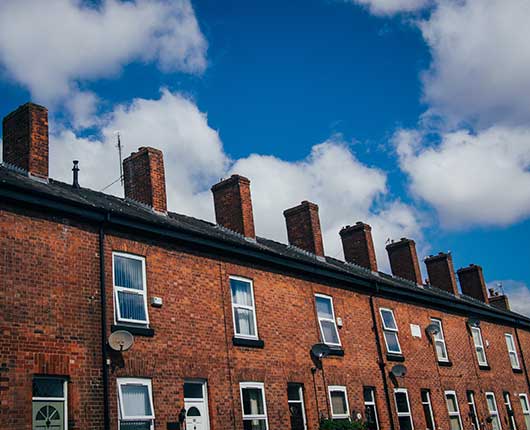 Sometimes landlords and tenants end up in disagreements and disputes, whether this is about rent, or disrepair, or damage, or the return of a deposit. We know that this can be very stressful. We can advise you and help you to resolve those disputes. The key to a strong negotiation is to know what the law says – what rights it gives you. Whether you are a landlord or a tenant, we will aim to negotiate a settlement that meets your needs from a position of strength.

In our experience, nearly all landlords are law abiding and responsible, but sometimes tenants are faced with a landlords who take the law into their own hands and try and force their tenants out of their home. Sometimes there is even violence or threats. The locks might have been changed. Your belongings might have been removed. If you are faced with that situation, the law is on the tenant’s side, and takes bad behaviour by landlords very seriously. You may be able to apply to the Court for an injunction to stop the threats, allow you to stay in or return to your home, and you may even be able to claim compensation.

Landlords: The law gives tenants rights and there are limited circumstances in which you are allowed to evict them. Even if those circumstances exist, you have to follow the rules exactly. You have to serve the right kind of Notice, with the right wording, at the right time. Getting it wrong can cause a lot of delay, expense and stress, so it is best to get advice from expert Housing lawyers. We can give you that advice, prepare the correct Notices and serve them correctly to minimise the risks and get you the outcome you need.

Some tenants may claim you have tried to evict them unlawfully. This can be very stressful and expensive to defend, and is a situation that is best avoided. The best way to avoid it is to get early advice and follow correct procedures.

Tenants: most landlords try to provide a safe, warm, secure home. That is what the law entitles you to. But if your home is unsafe and your landlord is not fixing the problem, we can help. In some situations, you may even be entitled to compensation.

Landlords:  most of the time, issues about repairs can be resolved, and most tenants are reasonable. However, sometimes tenants will claim the house is unsafe and want compensation and costs, even though you know the house is fine or you have tried to fix the problem. If that happens, we can give you the right advice and help you defend claims. 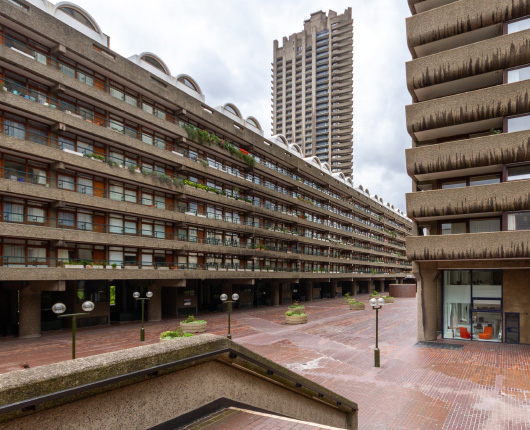 Injunctions are court orders that stop someone from doing something or make them take certain steps. We are experts in dealing with these. Examples are:

Over the years, we have dealt with these situations both for people applying for injunctions and for people defending injunctions, so whichever side of the fence you find yourself on, contact us – we have the know-how to help.

Housing Law has a crossover with many different areas of law such as human rights, public law, trusts, disability legislation and other areas. Knowing about these can help in housing cases.

We have been at the cutting edge of the law for 20 years – many of our Housing related cases have been in the law reports. See our list of reported cases. 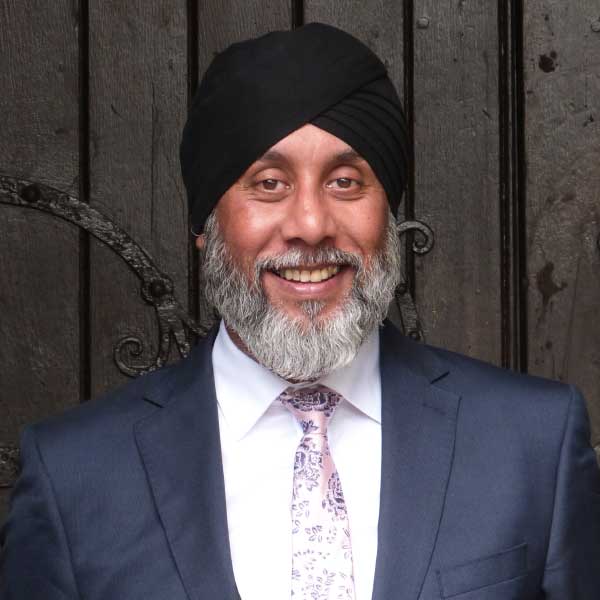 The Housing law team is led by Sukhwinder Singh Riyait. Sukhwinder has a passion for getting justice for his clients and a keen eye for the strengths in his cases and the weaknesses in his opponents’ cases. This has helped him get results throughout his career.

This website uses cookies to improve your experience while you navigate through the website. Out of these cookies, the cookies that are categorized as necessary are stored on your browser as they are essential for the working of basic functionalities of the website. We also use third-party cookies that help us analyze and understand how you use this website. These cookies will be stored in your browser only with your consent. You also have the option to opt-out of these cookies. But opting out of some of these cookies may have an effect on your browsing experience.
Necessary Always Enabled
Necessary cookies are absolutely essential for the website to function properly. This category only includes cookies that ensures basic functionalities and security features of the website. These cookies do not store any personal information.
Non-necessary
Any cookies that may not be particularly necessary for the website to function and is used specifically to collect user personal data via analytics, ads, other embedded contents are termed as non-necessary cookies. It is mandatory to procure user consent prior to running these cookies on your website.
SAVE & ACCEPT

Atif Rafiq v The Kent Association For The Blind (2008, unreported)

Fraud, fraudulent representation, Limitation periods, accrual of cause of action and whether knowledge of the Claimant’s solicitor can be imputed to a Claimant for the purposes of s.32 of the Limitation Act 1980 when the fraud upon the Claimant was concealed.

Overseas Money Transfer subject to ‘freezing injunction’ and whether it was held on Trust for the payer or whether he was merely an unsecured creditor after the receiver had, effectively, utilised all the money transfer agent’s funds.

Evidence – Hearsay. The claimant landlord issued possession proceedings against the defendant tenant. The landlord sought to rely on anonymous witness statements from three local residents. The recorder admitted the statements as evidence and found that, inter alia, the tenant was guilty of anti-social behaviour. The tenant appealed against the admission of the statements. The Court of Appeal, Civil Division, dismissed the appeal holding that the recorder had carried out the necessary evaluation exercise in an  entirely proper  manner and  that there was no basis upon which the  court could or should interfere with the judge’s careful findings.

Easement – Right of way. The Court of Appeal, Civil Division, held that a judge had been entitled to find that the claimants had established an interference with their right of way over a disputed parcel of land. The defendant had failed to adduce any evidence to support her contention that the land had been acquired by the local authority as a highway at public expense.